The ending of something.   The loss of a path .

Regret.   Sadness at what once was.

I am currently reading this wildly intense book and came to the part where I am  instructed to map out my life’s descansos .

I was suddenly struck by grief.   Grief that jolted up through the realms of my mind. Lost in  the whirlwind of my life.   The power of life’s flow  and the pervasive way in which it blocks you out of yourself.   Life can put the reins on ,   it can muzzle you ,  it can make you forget who you are and what you lost.

When I was 18 ,   I started taking drugs.   I don’t know where the line is that marks you as recreational user or a drug addict ,   it really doesn’t matter.  All I know is that drugs changed my trajectory .

Instead of doing a psychology degree at 18,   enjoying the vitality of muddy hockey fields, cereal for all  meals  and 3 years of bonding with life long friends,  I dumped the lot and went abroad.

Not long into my time in Europe I met a man who stole my innocence.   Really it would have probably been any man , such that the path I was treading  , but  what struck me late last night ,  reading my book was the tidal of emotion; like a crashing wave , rushing over the shingle as my memories  of that time flooded my mind.

Before this encounter which would affect my life for years to come , I had but innocent fumblings  and first times with boys who were as naive me.   It was all so bashful and lovely.

Really , this man was harmless enough , but he was a man , not a boy ;   a good few years older than my trustful 19 year old self ,  he had a tough upbringing and therefore was one of those men who went through life only using people for what he could get.   Fear of intimacy would be written all over him if he turned up in the therapy room now.

But he saw me coming.   I was obsessed with him.  I did what ever he wanted.   I let him have sex with other people while I cried myself to sleep in a nearby beds ,   I lost so much weight as he compared me to ‘  other women who looked better ‘  .          It was truly awful.  I became a pathetic , bumbling acquiescing mess.     But pretty much standard stuff  in the hedonistic,    yet darkly lined culture we lived in.  We all took pretty much everything drug wise,   it was a very rich , narcissistic place . There was no street corners or needles.   We all had lovely flats,   drank cocktails,  earned money on commission ,   at the expense of gullible holiday makers.

But there , in those hot , vibrant tourist  towns ,     the little girl that I was when I left  my safe little sheltered town ,    got well and truly trodden on.    Annihilated by a vacuum of pure desire.   My own and others.

I would at times be so numb that I would spend the whole night in silence.  At  others,  I would be wild and free ,  dancing with abandon ,  loving the freedom ,   enjoying the severing of the apron strings from my mother country .

And so I now see that some restorative work is needed on my young,   fragile self ,   writing this post is part of that healing.    I say to her ,    you were so young and sheltered.   Life has so many lessons to teach you .   I don’t blame you and I won’t allow you to feel any more shame.

After he left ,   I sobbed.   But part of me  must have been relived.  My close friends certainly were.   They probably had a secret party .

He left the coastal town we all lived in to go to Thailand and didn’t return for 2 years.    In that 2 years I became a closed book  ,  I didn’t so much as hold hands with anyone.  I closed my soul.   I ate lots of crap ,   took lots of coke and never really processed what had been.

Just before he came back ,    I had a fling.   It still sits on the periphery of my mind , as one of those magical worlds ,  which are dream like in quality .    Such intense romantic love.   Grasping hands running down the moonlit beaches,   staying up for days  ,  not wanting it to ever end.   That was a big healer for me.   My Danny boy.

Then I met my husband.   Which was a similar road.  Intense ,  passionate ,  romantic.

So that’s one of my descansos.     Today I am pinning this to the earth , so it no longer follows me around .   ..  A fragment  of my eternity which was such a bitter sweet melody .    Freedom ,  pain , shame , expansion , intensity.

When he came back ,   he came sniffing around.   I took secret delight in snubbing his efforts.   He never dared to declare himself in need of me as  he was so twisted in his own hatred of himself ,   but I knew he felt the loss of something in another way.   The loss of a pet perhaps.   A loyal mutt who one can kick and they still climb back on your lap.  Well she had grown up and found a new home.

My house is not shiny and new ,

it doesn’t have an extension

or an open plan milieu .

My house is tatty and old ,

it looks nice in the dark with fairy lights abound,

but in the cold light of day ,  its secrets are exposed.

Its been loved and used but is in need of care.

I often look longingly at others squeaky units ,

I often feel envy at the cash that has been paid.

But i also remind myself that I have a home ,

A roof that doesn’t leak rain

A door that does sustain.

A machine that washes my clothes and dishes ,

there are some in the world who are having these  wishes.

I do try to be thankful for what I have got ,

to not yearn for more.

I am after all but a spirit in  clothes of flesh.

My house reflects my physical home.

A bit worn out ,  prone to neglect.

Forgotten ,  put last. Bit by bit I need to repair.

To look at just one part that can be spared.

To stop procrastinating ! The end is not nigh . 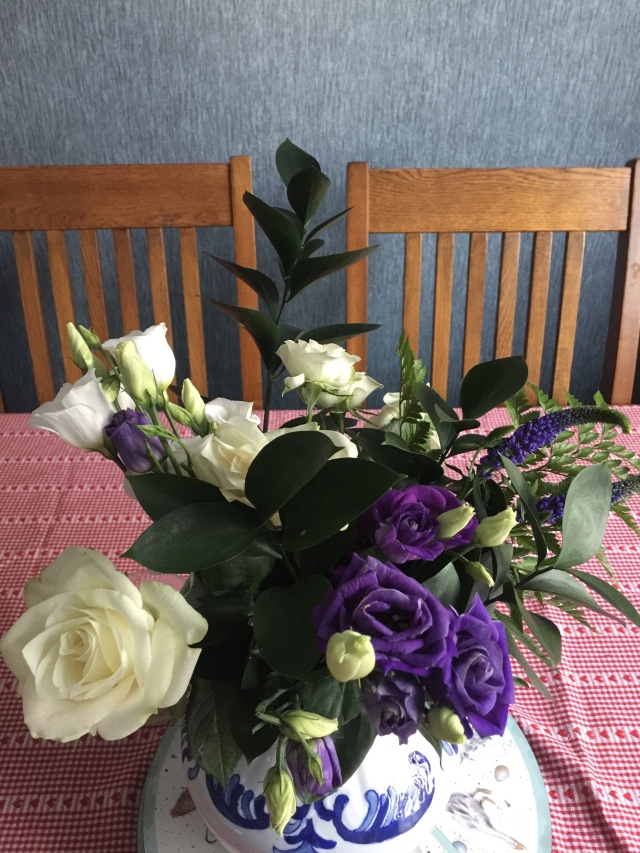 They say that a woman begins to find herself ,  tap into her soul , bridle up her ego at any point in her life,  but most often in her 40’s.   This has certainly been true for me..

Now 43,  I began a journey of  change in the 7 or so months before my 40th birthday.    For me it was a weight-loss journey ,  but it could have been any number of things that provoked the move ,   for any woman/ man.    Toxic relationships,   drugs,  conformity  –   whatever is holding a woman prisoner to who she needs to become must first be accepted as deadly to the soul ,   then the fighting spirit can be activated.   How easy this journey is , how hard one finds the road or finds oneself lost or at a dead end is dependant upon so much ..

But the fact is that you have to keep walking.  You can’t turn back.     The world will have many ways in which to curb your freedom.   Your wild nature.    Religion,  male dominance, society ,  cultural norms , responsibility ,   ill – health :  the list is endless.   But there is such magic in discovering that within oneself ,   is the desire to fly .   To soar above the clouds ,   to choose ones place to land.

He who cannot howl , will never find his pack . 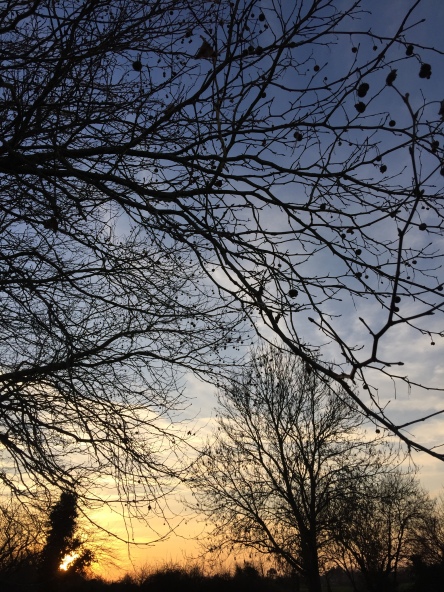 They offer up promise and life.

Against the glowing yolk of a  New Year sunset

Trees contain secrets that will never be told ,

their majesty is there to behold ,   yet

folk just walk on by .

As I stand to drink its magic ,   the sun sets behind ,

its glare forgotten in the winter times .  I can

behold the sun in all its glory .

My feet crunch the twiggy ground and I feel

small in this galaxy surround.

I yearn for solace in her cosmic force ,